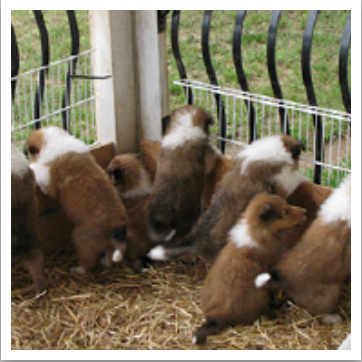 Some breeders check the health status of their dogs and some breeders know less about it then even you might know. Let’s talk about DNA testing. When a dog is DNA tested for any particular disease you will find out 3 things for certain.

At the time of this writing there are now 6 known diseases for Rough Collies and we test for all of them. Then there is MDR1 which is not a disease at all. It is a condition and we test for it as well. MDR1 causes dysfunction of P-glycoprotein, which is responsible for removing certain drugs and toxins from the body. Clinical signs are most commonly associated with distribution of the drug in the central nervous system. For this reason you should always know if your dog is MDR1 sensitive and let your vet know. If you have a herding dog now (dogs most commonly associated with MDR1) and you don’t know if they are MDR1 positive or not then have them tested.  When you get a rough collie puppy from Colley Collies you will always be told if your puppy is MDR1 risk associated or not so you can let your vet know. It is estimated that about 75% of all rough collies sold in the U.S. are MDR1 affected.

For a known disease example of collies we will talk about CEA or Collie Eye Anomaly, the gene identified would be NHEJ1. This is the one that is most talked about, but they can all be equally devastating. If you want more detail about CEA refer to my About Collies page but just know there are two ways to check for CEA, one is having the pup examined by a licensed canine eye ophthalmologist, the other is by DNA testing. We use the most accurate method, DNA testing. When CERF eye tested puppies from two affected dogs turns up a “normal” this could actually be, and probably is, a “masked affected”.

This is where DNA testing comes in. It’s not an eye examination that could be interpreted wrong. It’s actual genome sequencing. I use PawPrint Genetics because they run two tests by independent laboratories. It costs more but I feel it’s worth it. And the people are wonderful to work with. When dogs are bred and have puppies, each puppy inherits one gene from his father and one from his mother that influences whether he has (again for the purposes of this discussion) CEA or not. Let’s examine the image at the bottom of this page and take them one by one.

In the 1st example – If both parents are non-carriers of the affected gene then all of the resulting pups will be non-carriers. Congratulations! It is statistically impossible for this puppy to have CEA. 100% of the pups will be clear – non carriers!

In the 3rd example – If one parent is a clear non-carrier and one is affected you can breed these dogs and get 100% carriers, this is the reason to breed an affected dog that has great qualities! The pup inherits one clear gene and one affected gene which makes him/her a carrier. You can bring a litter of 100% carriers back with admirable qualities that could then have a chance of producing 100% non carriers again after a few breedings if you pair them correctly!

In the 6th example – both parents are affected, and 100% of the pups will be affected! You could take each of those pups and breed them with a non carrier as in example 3 to get 100% carriers and start over again from square 1.

In closing for the explanation examples I would like to acknowledge Sandra Hamilton of Glassgowhill Collies. I took the chart from her facebook posting. It makes it so much easier to discuss and explain the whole “carrier, non carrier, affected” thing.

As you can see, there are many ways a breeder can choose to breed their dogs and any amount of money that can be spent doing it depending on what you do. Some don’t test at all or put only a minimum amount of $ into it.  So far we have put most of the money we make right back into our breedings and most years all of it. See our puppy pricing policy page for info on that.

Here at ColleyCollies, I’ve made it my policy that for known collie diseases I will only breed 2 non-carriers together or a non carrier to a carrier. You will never have an affected puppy with a known disease when you get a puppy from us, it’s that simple.

We strive for genetic diversity, which is not easy to do, so that these genetic diseases are not as big an issue. That’s one side of our “health” policy. The other side is their food and the way we raise our dogs. Being raw feeders that feed premium raw food and all required supplements for health, our puppies benefit while in the womb. After they are born they benefit as well because we feed them the way we feed their parents, on fresh food. We don’t vaccinate our dogs more then once and never give or apply chemicals to our pregnant dogs like heartworm treatments and/or flea and tick treatments even though we’ve been told it’s safe by vets. I have reason to believe they were wrong. Add in socialization and everything else we do for our puppies and you truly get happy healthy puppies from us. That is our commitment as responsible breeders.

In addition if a breeder has a dog that they would like to improve their own genetics for I am always open to stud service from my dogs or helping with a clear female if I can verify your intentions. We want to improve the breed that we love so much. 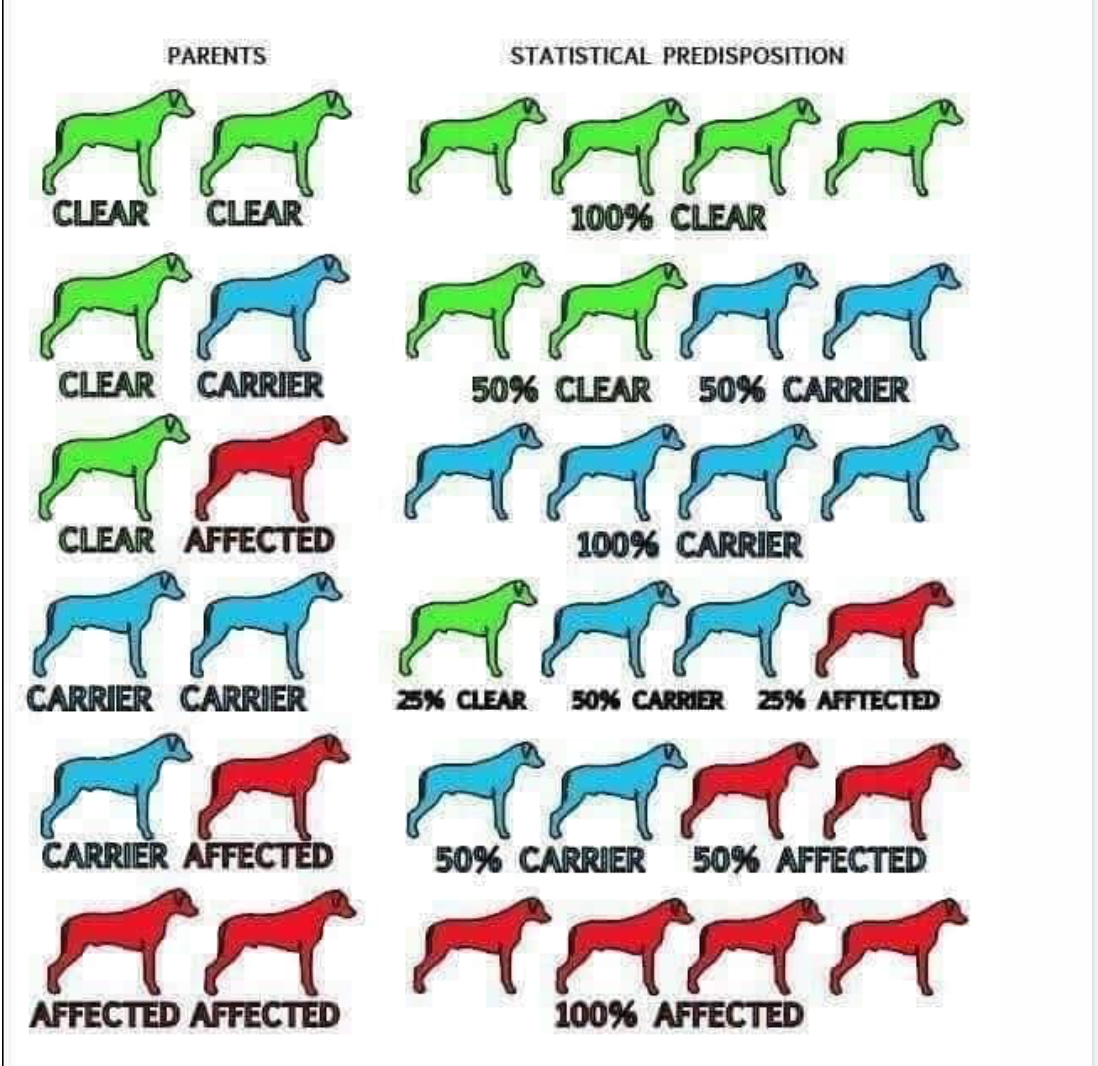