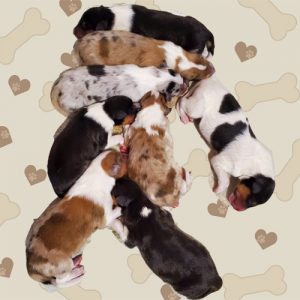 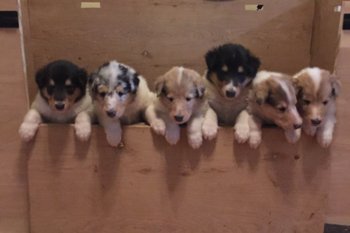 Rough Collies come in a variery of colors and we breed for all of them but the rarest. The color combinations come from 3 basic sets and rough collies get their color by inheriting one color gene from each parent. If you want to learn about rough collie colors this is the page to be on! If you don’t feel free to browse the rest of my rough collie web site.

Probably the most common color set is Sable and White or what people refer to as “Lassie” dogs. Variations of Sable and White are “pure for sable” and tri-factored sable” but in addition they can also be “white-factored”.

Merles come in basically 3 shades; blue merle, sable merle and maltease blue merle. The latter of three being the rarest of the merles.

A tri-color collie is a black and white collie with tan coloring on the face and legs/feet. This collie inherits at/at at the A Locus. Whew! At least that one was easy to descibe!

As well as the 3 basic color sets there are whites. A white collie (inheriting Sp/Sp) or known as piebald, can either be all white or be a “color headed” white and/or have colored body spots. All white collies in my experience are few and far between but do happen. White collies come from either breeding two whites or one white with one white-factored dog. So within the white family:

There are many other possibilites given the different alleles. Some allow express of color and some don’t.

From our rough collie girls page

From our rough collie boys page

Bonnie = Blue Merle headed white or WBM she carries at/at on the A locus; si/si Sp/Sp on the S locus and d/d on the D Locus.

Bailey = Sable headed white, non-merle or SW she carries Ay/at on the A locus; si/si Sp/Sp on the S locus,  D/D on the D Locus, and m/m on the M Locus.

Lummi = Tri-factored Sable and he carries a recessive white gene. Ay/at on the A Locus, sp/Sp on the S Locus.

Shep = Tri-headed white and he carries at/at on the A Locus and Sp/Sp on the S Locus.

Dusty = Tri-factored Sable and he is also white-factored so he carries Ay/at on the A Locus and sp/Sp on the S Locus.

I have permission from iCollie.com to include their image of rough collie colors on my page and so I wish to acknowledge them and provide a link back to their web site. My own information I’ve included is but a small part and they go into much more detail showing results of breeding one color with another and show the expressed alleles, so please give them a visit! 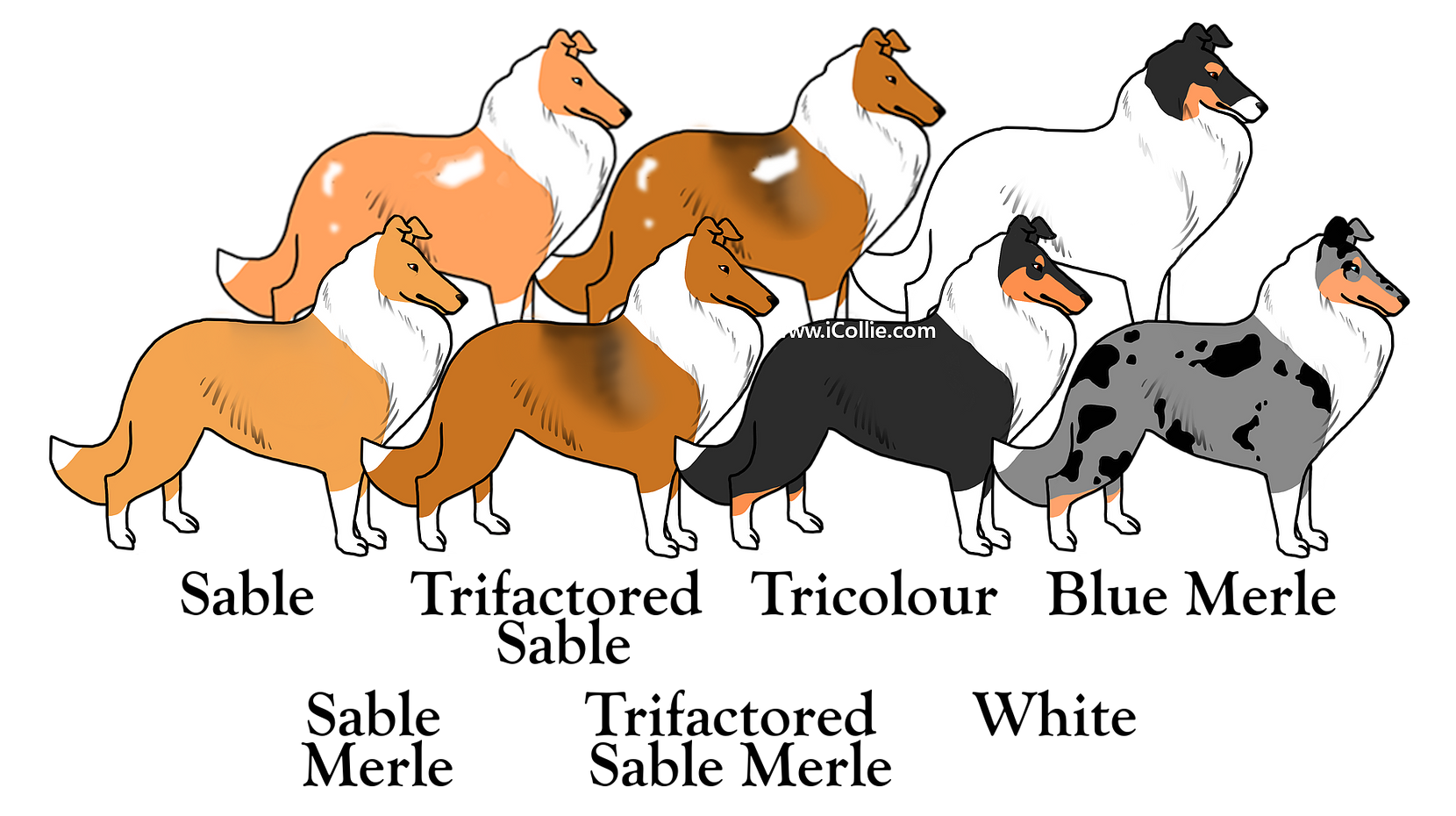